Today, the CCE continues to play an important role in safeguarding Canadians' trust in the democratic process. As an independent officer, the Commissioner's dual roles of ensuring compliance with, and enforcement of, the Act and the federal Referendum Act, are carried out with the aim of promoting the integrity of the electoral process.

The Commissioner is supported by approximately 50 people, including federal public servants and independent contractors. 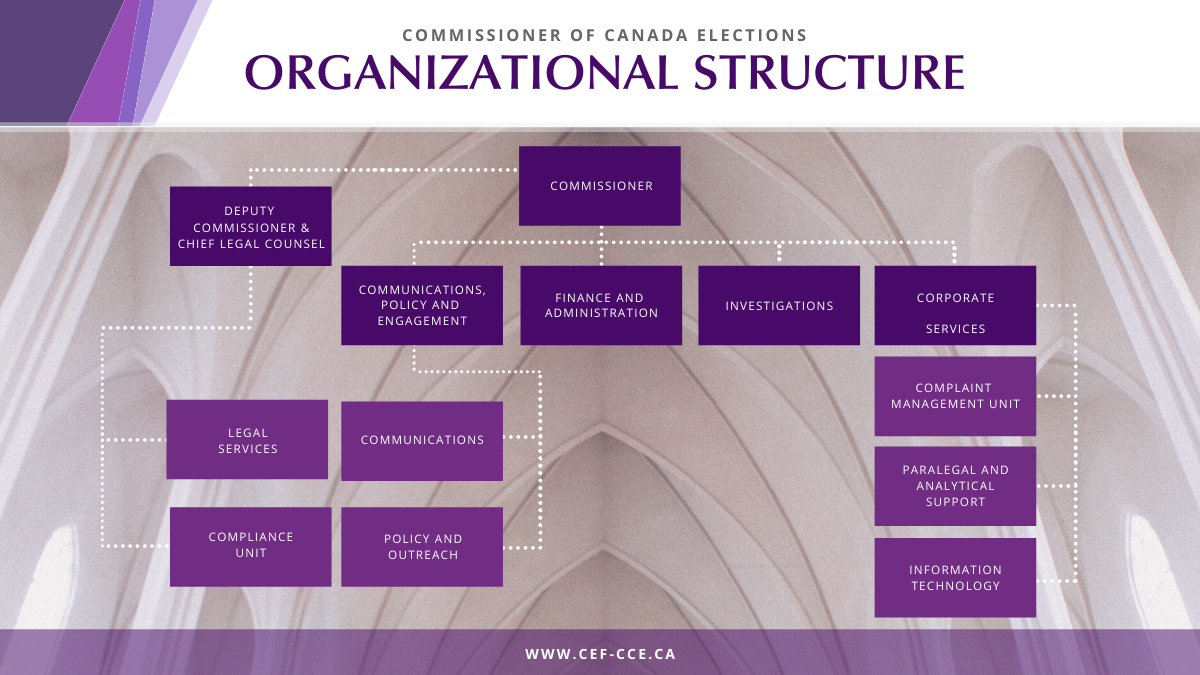 All complaints received by the CCE are assessed to determine if they fall within the mandate of the Office. The CCE also receives referrals from Elections Canada. These are mainly files from both its electoral integrity and political financing divisions. In addition, Elections Canada transfers some complaints it receives from the public to the CCE when they fall under the Commissioner's mandate.

Individuals whose complaints or allegations do not fall under the Commissioner's area of responsibility are advised and, wherever possible, are redirected to the appropriate complaint mechanism.

If, following a preliminary review, the Commissioner concludes that the allegations made in connection with a complaint or referral may have merit, an investigation may be conducted to clarify the facts and gather evidence related to the alleged offence. At all times throughout the process, the Commissioner ensures that decisions are guided by the principles of independence, impartiality and fairness.

Additional information regarding the Commissioner's mandate can be found in the Compliance and Enforcement Policy of the Commissioner of Canada Elections available on the CCE's website at: www.cef-cce.ca.

The CCE receives complaints from a variety of sources. Anyone with a complaint or allegations of wrongdoing under the Canada Elections Act may contact the Commissioner's Office: