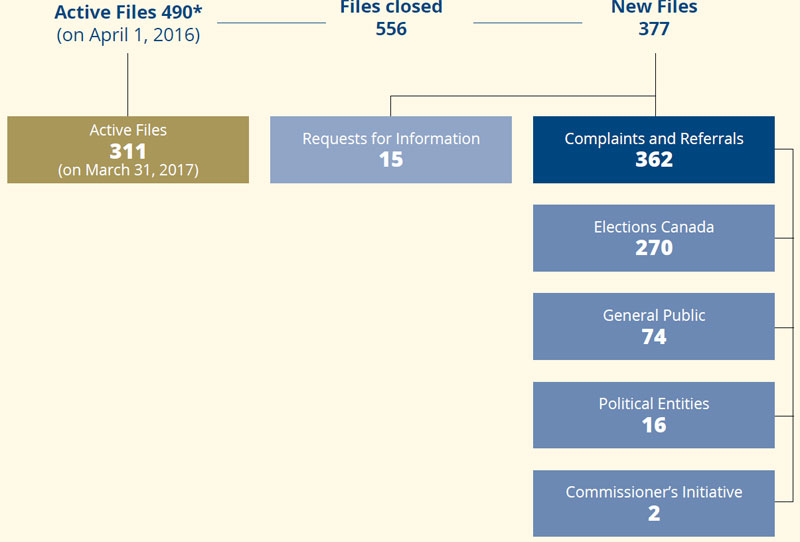 * Following a review of the CCE case tracking system, this number was readjusted from 454 to 490.


All complaints and referrals received by the Office are reviewed to determine whether there is a basis for the allegation. The numbers outlined below reflect the number of complaints received prior to their evaluation. These numbers may also contain multiple complaints related to a single incident.

Most common referrals from Elections Canada:

Most common topics from the public: